The very first Girls Gone Geek guest essay comes courtesy of our pal Chocotaco, who is a great lunch companion and a formidable debater on geek-related topics. We’re as confused as anyone about the fate of Wonder Woman’s relationship with Tom Tresser/Nemesis, who basically broke up with her several issues ago. But is it really over? Who knows? It seemed like a rather abrupt end to their Amazonian (and controversial) courtship, but in this essay, Chocotaco explains why he thinks it was doomed from the giddy-up: 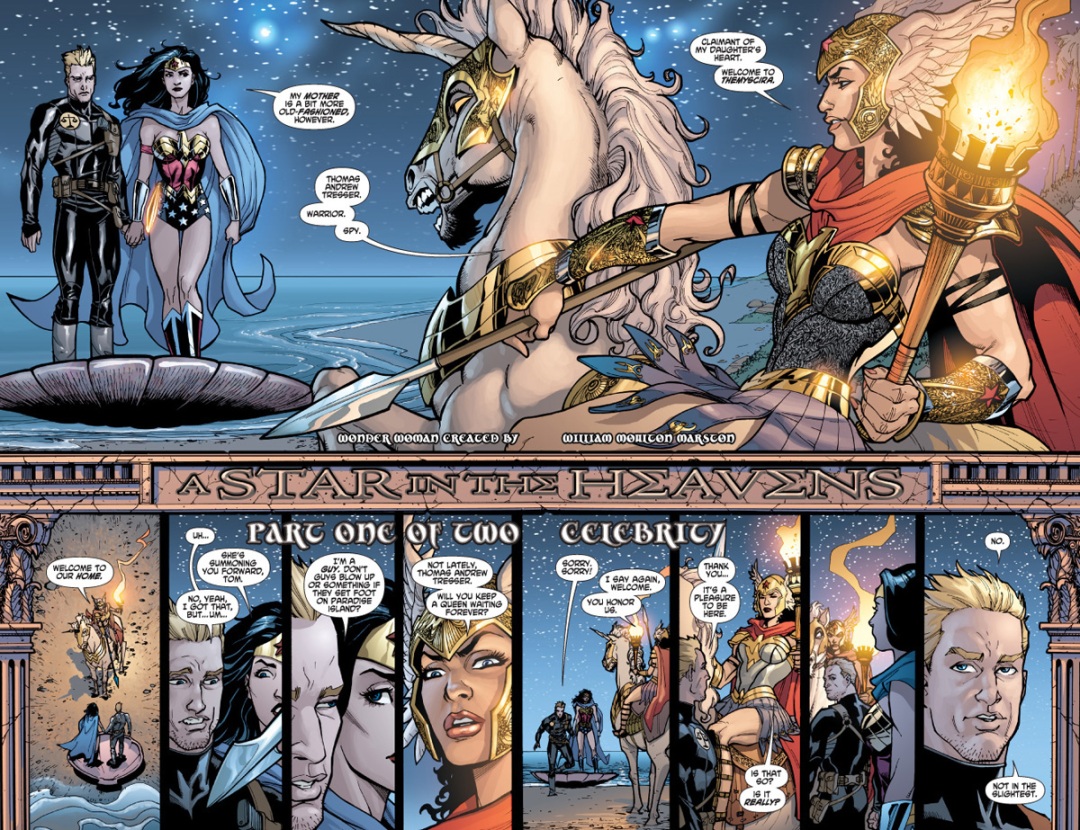 There are certain qualities that I think need to be in place in order to have a healthy relationship. Enjoying each other’s company is pretty high up there, along with having similar moral values, common interests, and respect for each other. Physical attraction plays a minor part, too, but I think that without that foundation of things that actually matter, you’re basically asking for trouble, either now or at some point down the road.

So, why the hell was Wonder Woman dating Nemesis?!? Seriously, what did they see in each other?

Nemesis, I can get some of what’s going on in your head. Wonder Woman is probably the most beautiful woman in the DC Universe. That’s pretty cool, but beyond that, is there really anything that you have in common?

Wonder Woman was formed out of clay, given superhuman abilities by various Greek deities as birthday presents, and raised on an island of warrior women who specialize in kicking butt and being awesome on a daily basis. She’s a founding member of the Justice League of America and is probably the most fearsome warrior in existence (at least, in the DC Universe). She’s also one of the few members of an exclusive club named People Who Can Kill Superman in a Fight.

Let’s take a look at your personal history, bruh. You’ve been a member of the Suicide Squad and the Department of Metahuman Affairs and are, evidently, a master of disguise. I’m not sure of the entirety of your track record on secret missions and stuff, but from what I do know, your M.O. seems to be “guy who tends to be the sole survivor of missions that have failed spectacularly.”

What do you think the logical conclusion of this relationship would be? When Diana comes home from a long day of smashing in Titans’ faces or saving the solar system from a Controller-created biological weapon that treats the sun like a Taco Bell Beefy 5-Layer Burrito, what are you going to talk about? You aren’t equals at all. You’re not even within a quintillion light-years of “equal.” Doesn’t she deserve to be with someone who is an actual peer?

Now, dude, I’m not saying this out of jealousy or anything like that. I live on Earth Prime, so Wonder Woman is just a fictional character to me. Even if she weren’t, I would have even less in common with her than you do. Just sayin’, dog, I never saw this going anywhere. You were only wasting your time, and hers.

13 thoughts on “G3 Guest Essay: An Open Letter to Nemesis”