Rumors are swirling that Lois Lane might not be the female lead in the upcoming Superman movie, but that hasn’t stopped people from speculating on who should play her if and when the time comes. As much as I love Emily Blunt and Rachel McAdams, I’m a little annoyed by how monochromatic the entertainment media wish-lists are. While some armchair casting agents have looked beyond the typical starlets, most have been depressingly predictable. Obviously, the role should go to the best actress available. However, there are a number of wonderful actresses who don’t even seem to be in the running. Hollywood, here are some alternatives you might want to consider:

Sanaa Lathan: She’s played plenty of strong characters, and her turn as a driven career woman in the little-seen Something New was really good. As an actress, Lathan has the right mix of steeliness and vulnerability to do right by the role.

Rashida Jones: The multitalented Ms. Jones could do a great screwball comedy turn on Lois Lane, harkening back to the Margot Kidder model. There’s something wonderfully perky about her, and since she’s co-authored a comic book, we know she’s a fan of the medium.

Eva Mendes: Besides having a stunning screen presence, Eva just comes across as a formidable woman. She’s also funny, as her turn as Will Ferrell’s wife in The Other Guys proves. I can definitely see her staring down a shady mofo on the other side of a reporter’s notebook.

Anika Noni Rose: The voice of Disney’s first African-American princess and big-screen Dreamgirl would make a plucky, loveable Lois. She’s a fresh face and a big talent who deserves more exposure. Plus, she’s a fellow alum of my alma mater (Florida A&M, represent!). 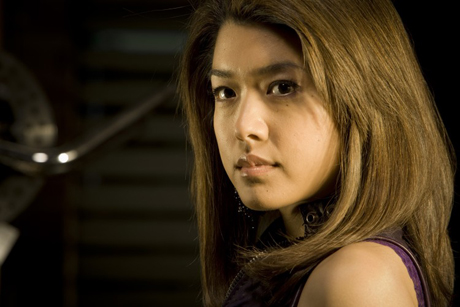 Thandie Newton: OK, Thandie was my top choice to play Selina Kyle, but that ain’t gonna happen. So why not give this lovely, proven actress a chance to do her thing as the most famous reporter in the DCU? Besides, who would deny this woman a quote?