Dick Grayson: The P.I.M.P.
First of all, have you seen him? Heroic but not angsty, flashy but stylishly so, Bruce Wayne’s first ward is my gold standard for comic book fineness. There isn’t a young woman in the DCU who hasn’t thought about doing some acrobatics with Mr. Grayson, or a female reader, for that matter. But Dick’s not just a pretty boy. He’s a proven leader who genuinely loves his job, and he inspires others — even his prickly sidekick, Damian — to rise to the occasion. He’s far less dysfunctional than his adoptive father, and he might just return your phone calls. Just be prepared to share. Dick’s got quite the romantic track record, and it’s not hard to see why. To put it simply, Dick loves the ladies and the ladies love … well, YOU fill in the blank. 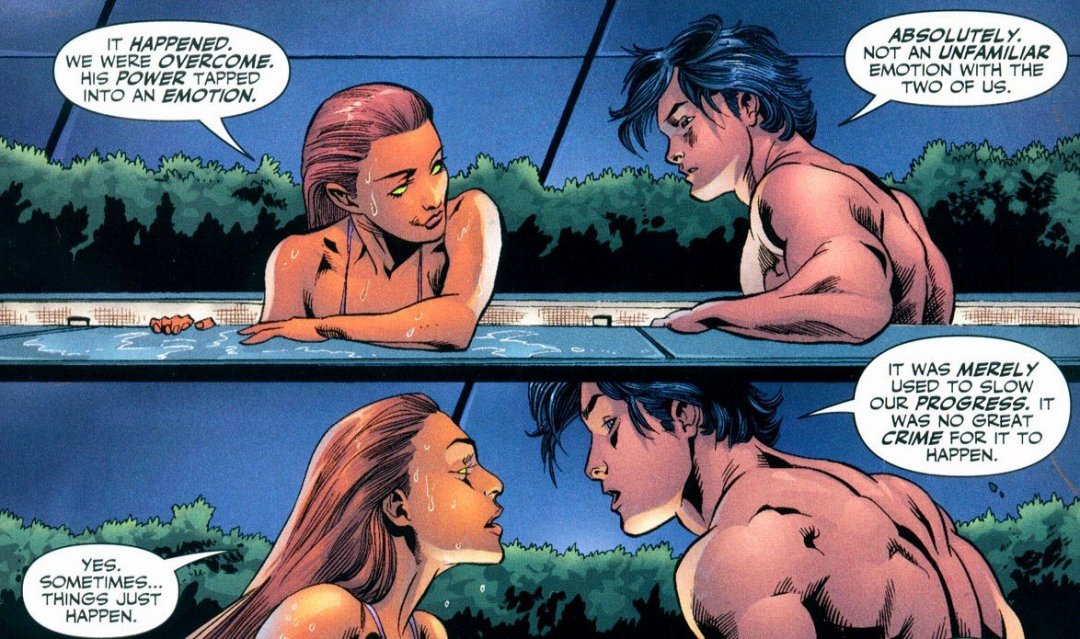