My pull list was DC-heavy and full of goodies last week, and a book that I was dreading turned out to be an unexpected pleasure. Let’s get to the highlights, shall we? 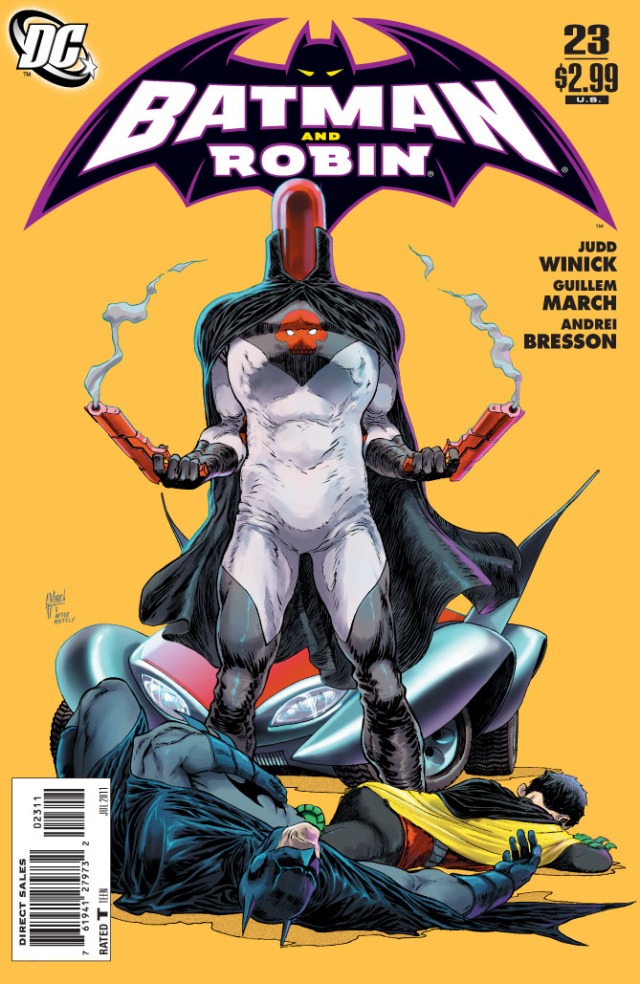 Batman and Robin #23: The solicits for this issue made me very nervous, especially since Batman and Robin is one of my favorite DC books at present. In general, Judd Winick’s writing isn’t my cup of tea, and I’ve struggled with Jason Todd’s resurgence as the Red Hood. However, Winick clearly enjoys writing this character, and his enthusiasm is contagious in the first chapter this arc, “The Streets Run Red.”

There’s no denying the power of Jason’s daddy issues with Batman, or the Dark Knight’s perpetual guilt over Jason’s legendary death as Robin II. It must cut pretty deep when your former sidekick openly mocks your no-killing code, and tells you that he wants out of Arkham because he’s not crazy, “simply homicidal.” So when Jason gets his requested transfer to Gotham City Corrections, what could possibly go wrong? Guillem March and Andrei Bressan do double artist duty in this issue, and while March’s bodies are a bit too bulky for my taste, his facial expressions are stellar. Jason’s steely smirk is particularly mesmerizing, and is it just me, or does he look like a buff, red-haired Jesus? There are also some unexpected touches, like a scene of Mr. Hood reading Pride and Prejudice in the prison yard. Much to my surprise, I’m looking forward to part two. Grade: B 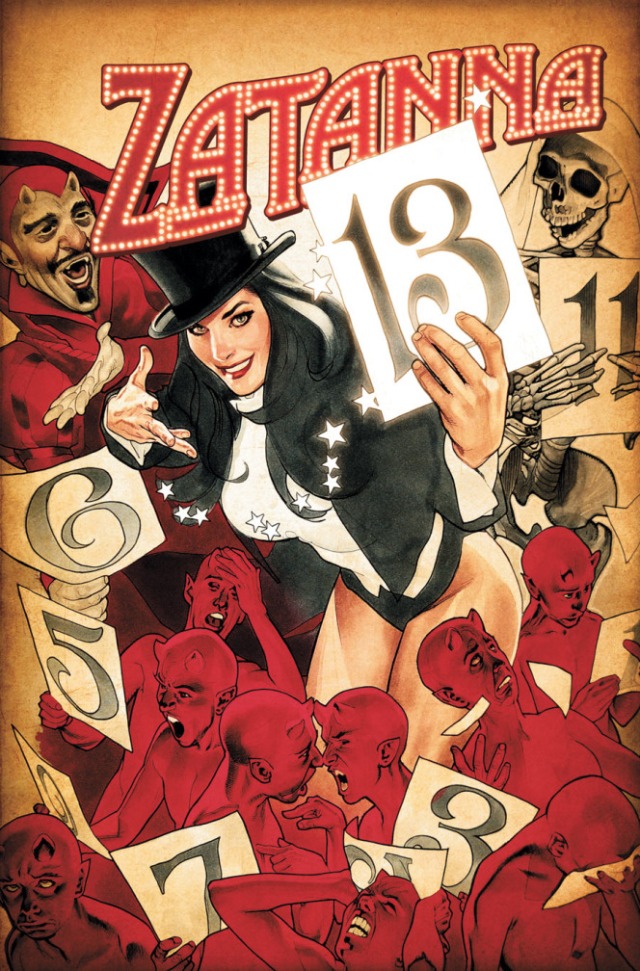 Zatanna #13: This continues to be one of the most enjoyable books on my pull list. The transitions from writer Paul Dini, to Matthew Sturges, and back to Dini have been seamless, and the book’s art quality has remained high. A comic is only as good as its characters, and Dini has developed Zatanna into a delightful, relatable superheroine who doesn’t take herself too seriously — at least until the situation calls for it. And as situations go, Brother Night’s prison escape qualifies as a Code Red. Meanwhile, there’s a tense but highly entertaining meeting between Zee and the king of serious, the Spectre. His cryptic, Wrath of God thing, combined with some epic condescension, earns him the hilarious epithet, “cosmic douche.” While I miss Stephane Roux’s beautifully fluid art, Jamal Igle is certainly no slouch. His pencils are crisp and impeccable in their own right, making this issue a visual pleasure. Oh, and that ending? Whoa. Didn’t see that coming at all. Grade: B+ 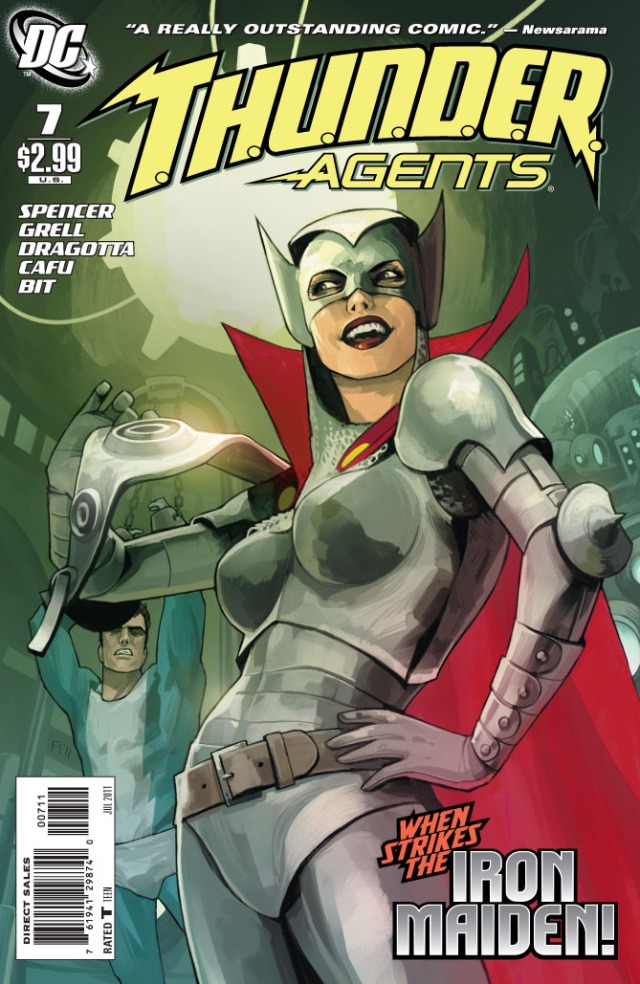 T.H.U.N.D.E.R. Agents #7: I think that Nick Spencer fellow just might have a future in comics! OK, everyone knows that Spencer has done an outstanding job of resurrecting this team of doomed superheroes and making Agents a must-read. However, the illustrations steal the show in this issue, making striking leaps from present-day (artist CAFU), to the 1980s (Mike Grell), to the 1960s (Nick Dragotta). The style varies drastically from segment to segment, but it’s an effective way to introduce the Iron Maiden, a pivotal character. (My favorite section? Dragotta’s Silver Age throwback moment.) Believe the hype. This frequently surprising book is worth your money. Grade: A