Poyo v. The Stalk: Who Would Win?

It’s been awhile since we have done a versus poll here at G3, so I am bringing it back with some Image Comics ferocity.

I have told you several times you should be reading Chew. Since you listen to every thing I say, you know exactly who Poyo is. If you don’t know who Poyo is, first be very ashamed of yourself, then listen closely (or click here). Poyo is the fiercest government employed killer rooster you will ever know. He can slice throats with a single swipe of his claw and rip out beating hearts with his beak. Because Poyo has a flawless record of destruction and may be one of the most entertaining characters to splatter blood in comics, he is favored to win. 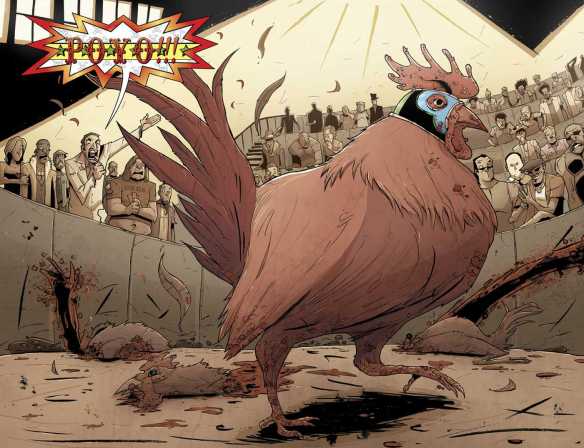 Our other contender hails from Brian K. Vaughan and Fiona Staples’ SAGA. The Stalk is an intergalactic assassin with a reputation for getting the job done. Maybe it’s her eight legs, the four different weapons in hand (foot?), or her barbed tongue with the velocity to impale flesh. No matter, facing her means you are as good as dead. 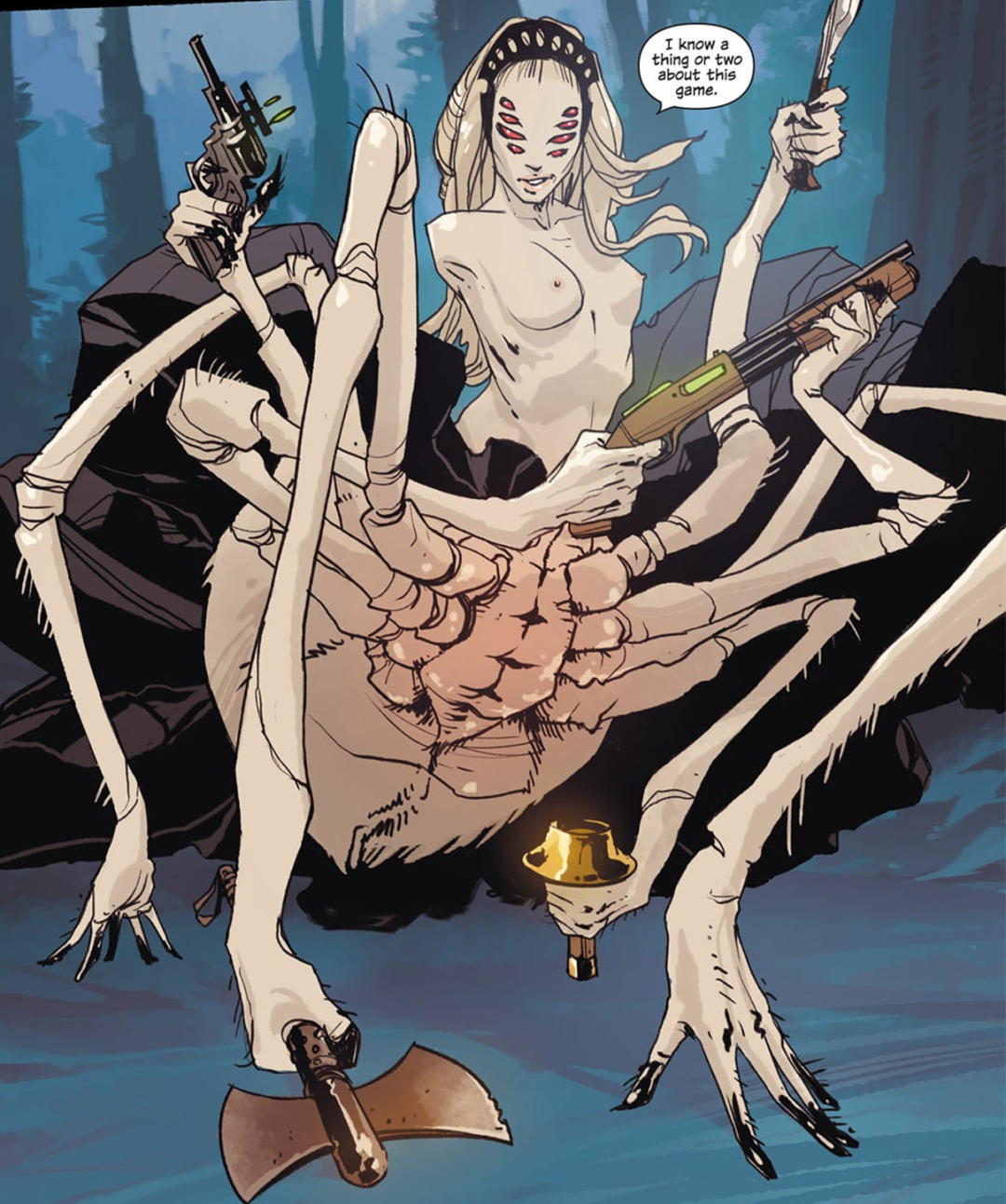 It’s a fight to the death!