I have cosplayed my beloved bird three times. My most recent adventure as Black Canary was at Dragon Con 2013 in Atlanta.

I have made minor adjustments to the costume along the way – most notably to the boots and my hair. The first time I cosplayed Canary, I wore high-heel boots. THAT was tough. It may have looked nice in the photos, but my feet were swollen for a week. Apart from the utter impracticability of it as a cosplayer, Gail Simone has stated that Canary wouldn’t wear heels – she’s a fighter. So, in an attempt at authenticity and mercy on my feet, I got flat-heel boots when I wore the costume for MegaCon earlier this year. They worked out pretty well. 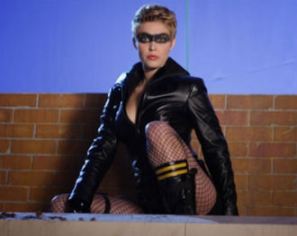 For Dragon Con, I spiced up my boots a bit because I was starting to feel that ALL black was boring. I have seen other cosplayers use large gold metal pieces or yellow duct tape as the decoration on the boots. That embellishment is a signature of the Pre-New52 Canary, but I wasn’t really a fan of how that look translated in live costume. I took a nod from the Black Canary costume from Smallville, and used a yellow paint pen to color the straps around the top part of the boot. I think I found a nice balance of creating that identifier of the character’s costume without being tacky.

Now, I have been all about NOT wearing a wig. It gets HOT walking around the cosplay floor and I am already in fabrics that don’t breathe. A wig might be torture. A year ago, I dyed my hair blonde for cosplay’s sake. Now it’s an ombre blonde. I rationalize the ombre color because Dinah wasn’t a true blonde, and she would bleach her hair. That means she would have roots from time to time, but maintaining your roots is a pain. So, my ombre is a convenient homage to Dinah and happens to be in style at the moment.

Dying my hair was a big deal at the time, but I didn’t make the leap to bangs, too. I finally did it a few weeks ago, and I think they look pretty good. Another small nod to the comic version of the character … AND to Cynthia Rothrock for which Gail’s Canary was inspired by.

Speaking of Cynthia, that woman is a brick house. Not in the voluptuous kind of way, but in the kick-your-ass-with-her-muscles kind of way. I may have done lots of push-ups and squats to prep for this round of Canary.

It’s a simple costume, but I put a lot of thought and effort into it. It’s the cosplay way. 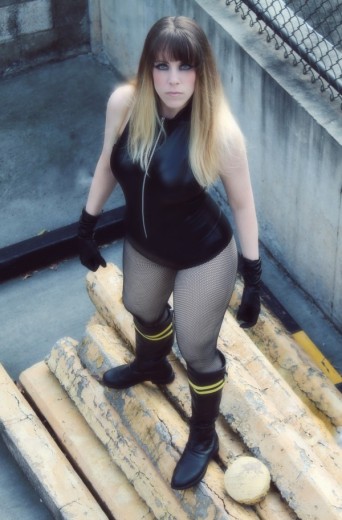